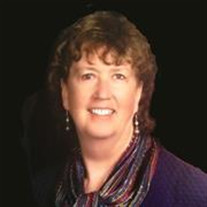 Patricia Kay Powell, 69, of Greeley, died Tuesday, August 18, 2015, at North Colorado Medical Center. Patricia was born June 4, 1946, at Fort Sill, Oklahoma, to Mildred F. and Vivian F. Powell. As a child, Patricia lived with her parents in Gibson City, Illinois and Decatur, Indiana, eventually moving to Fort Wayne, Indiana, where she attended Bishop Luers High School. When she arrived at Bishop Luers, female students were not allowed to take Physics. Patricia successfully petitioned the school to alter this policy, becoming its first female physics student, and later graduated valedictorian of the class of 1964. She attended the University of Dayton, transferring after one year to Purdue University in West Lafayette, Indiana, where she graduated with a B.S. degree in Mathematics – and a minor in Physics – in 1968. After graduation from Purdue, Patricia served for two years in the U.S. Peace Corps, teaching secondary school science, English, and math in Sabah, Malaysia. After her Peace Corps service, she travelled several countries of Southeast Asia, including Thailand and Cambodia just prior to the rise of the Khmer Rouge. After returning from the Peace Corps she worked as a computer programmer at Doubleday Publishing in Long Island, New York. She later worked for 15 years for American Express in Plantation, Florida, where she was eventually promoted to Vice President, managing a staff of 100 in the Systems department. In 1986, at the age of 40, Patricia left American Express to become a medical doctor. She attended the University of Miami Miller School of Medicine in Coral Gables, Florida, graduating with an M.D. in May 1991. While at the University of Miami, Patricia was elected as President of her Freshman class, Junior class, and Student Council President. She was also inducted into the Omicron Delta Kappa National Leadership Honor Society and the University of Miami’s Iron Arrow Honor Society, “the highest honor that can be bestowed by the university.” After graduation, Patricia entered a three-year residency-in-training program at North Colorado Family Medicine in Greeley, becoming Chief Resident in her third year. In December 1994, Patricia moved to Bethel, Alaska, where she served as a staff physician at the Yukon Kuskokwim Health Corporation, specializing in family medicine and high-risk operative obstetrics. Patricia and her Alaska colleagues served a vast region of western Alaska, often travelling to remote villages by “snow machine” and floatplane to deliver basic medical services to small native communities. Patricia also served as Medical President in Bethel. During her time in Bethel, Patricia lost her beloved dog Misha, but met and adopted her equally beloved puppy Bear, who accompanied her back to Colorado. Patricia returned to Greeley in June 1997, joining Sunrise Community Health as a staff physician. She was joined in Greeley by her parents Mildred and Vivian, who moved from Fort Wayne to live with Patricia in 1997. Patricia subsequently became Sunrise Chief Medical Officer in 2004 and Clinical Projects Coordinator in 2015. Patricia championed technology and Sunrise’s transition from paper to electronic health records. In recognition of her dedication to the mission, vision, and values of Sunrise, Patricia was awarded the Sunrise Shining Star Award in 2014. Patricia was a tireless volunteer for countless organizations throughout her life, including serving as a Girl Scout Camp counselor in high school, two years in southeast Asia with the Peace Corps, medical mission trips to Central America, serving on the Board of Directors of Hospice and Palliative Care of Northern Colorado from 2003-2009, and treasurer of the Weld County Medical Society Board from 2006-2015. Patricia loved books, travel and the outdoors. She organized – and survived – multiple remote Alaska river rafting trips with family and friends. She enjoyed skiing and cycling, participating in several 100-mile fund raising rides. She loved cooking and time spend with family and friends. She was a generous and loving daughter, sister, aunt and great-aunt. She was also a truly accomplished leader who lived her life to serve others. Patricia is survived by her mother, Mildred; sister, Katherine of New Haven, Indiana; brother, Walter (Kathy) of Bloomington, Illinois, brother, John (Sharon) of Granger, Indiana; sister, Martha of Louisville, Colorado; brother, Thomas (Lauren) of Manhattan Beach, California; and 13 nieces and nephews. Patricia was preceded in death by her father, Vivian. Graveside service is 10:30 a.m. Saturday, September 5, 2015 at Catholic Cemetery, 3500 Lake Ave., Fort Wayne followed by burial. Father Bill Sullivan officiating. In lieu of flowers, memorial contributions may be made to “Hospice of Northern Colorado”, “Sunrise Community Health”, “Habitat for Humanity”, or “Saint Mary Catholic Church” in Greeley.

The family of Patricia Kay Powell created this Life Tributes page to make it easy to share your memories.

Send flowers to the Powell family.