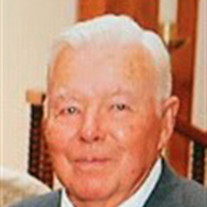 Eugene Irvin “Gene” Sheehan, 85, passed away Thursday, August 16, 2018 at Parkview Regional Medical Center, Fort Wayne. Born on a farm in Madison Twp, Allen County, he was the son of the late Irvin and Alberta (Geis) Sheehan. He was a member of St. John the Baptist Catholic Church, New Haven. After graduating from Hoagland High School in 1951, he went on to work at International Harvester until he was drafted into the US Army. He served his country in Korea until he was discharged in 1953. Upon his return he continued to work for International Harvester until 1956, at which point he entered the insurance industry. In 1959 he purchased the agency he was working for and continued as the owner and operator of Sheehan Insurance Agency until his retirement in 2003. He was also a member of American Legion Post 330, New Haven. Gene enjoyed many activities like hunting, skeet shooting, and golfing. He took up bowling at the age of 60 and his last snowmobile ride, a sport he enjoyed for many years, was at the age of 77. At family gatherings he was often found at the games table participating in everything from euchre, pinochle, backgammon, and the occasional drinking game. He is survived by his wife of 61 years, Nancy; daughters, Jeannie (Bob) McLinden of Fort Wayne and Jennifer Sheehan Bolin of Jeffersonville; brother, Carl (Kathy) Sheehan of Monroeville; grandchildren, Kristy (Sam) Cirillo, David (Laura) McLinden, and Michael McLinden all of Fort Wayne, and Shane Sheehan of Louisville, KY; four great grandchildren; and numerous nieces and nephews. He was also preceded in death by two sisters and one brother. Mass of Christian Burial is 11 a.m. Monday at St. John the Baptist Catholic Church, 943 Powers St., New Haven with visitation half hour prior. Father Bill Sullivan officiating. Visitation is also 1 to 5 p.m. Sunday at Harper’s Community Funeral Home, 740 St. Rd. 930 E., New Haven with prayer vigil at 2 p.m. Burial in the IOOF Cemetery, New Haven with military honors. In lieu of flowers, preferred memorials are to Masses at St. John the Baptist Catholic Church, the American Heart Association, or Northeast Indiana Cancer Services.

The family of Eugene Irvin Sheehan created this Life Tributes page to make it easy to share your memories.

Send flowers to the Sheehan family.