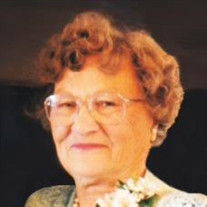 Bonnie I. Hibben, 88, of Fort Collins, CO, formerly of New Haven, IN, passed away Sunday, May 1, 2016, at Seven Lakes Memory Care in Loveland, CO. Bonnie was born in Syracuse, Indiana, and was the daughter of the late Bennie and Opal (Bassett) Miller. She is survived by her children, Glenn Hibben of Denver, CO, Jan Wichner of Cincinnati, OH, Marie Kintz of Nashville, TN, and Mitzi (Jim) Johnson of Fort Collins, CO, step-son, Bill (Marsha) Hibben of Fort Wayne, ten grandchildren, and three great grandchildren. She was preceded in death by her husband David Hibben in 2005, and sister, Joan Miner in 2004. In her college years, she traveled extensively with the choir in the summers and taught music lessons in order to finance her own education. She graduated from Indiana State University, Terre Haute, IN, with a Bachelor’s Degree in Education. Later, while raising her four children, she completed a Master’s Degree in Education from University of St. Francis, Fort Wayne, IN. Bonnie began her career as a music teacher in East Allen County Schools, New Haven, IN, at Besancon. Bonnie’s passion for teaching led her move to teach 3rd grade at Meadowbrook Elementary for the rest of her 36 year teaching career. She had a tremendous love for her family, the game of tennis, cross-stitching and knitting for friends, family, and the less fortunate. Her love of traveling, especially to Colorado, was instilled in her children. Bonnie was a gifted musician, playing the flute, piccolo, organ, piano, drums, and singing. She met her husband, David, in the percussion section at high school. At age 78, Bonnie fulfilled her longtime dream of moving to Fort Collins, CO. Everyone she met enjoyed her sense of humor, kindness and friendliness. Even in her later years, Bonnie’s smile remained contagious and her appreciation and love for others continued to touch the lives of those around her. Bonnie’s memorial service is 1 p.m. Saturday, May 21, 2016, at E. Harper & Son Funeral Home, 740 St. Rd. 930 E., New Haven. Burial in IOOF Cemetery, New Haven. In lieu of flowers, preferred memorials are to the Alzheimer’s Association.

Bonnie I. Hibben, 88, of Fort Collins, CO, formerly of New Haven, IN, passed away Sunday, May 1, 2016, at Seven Lakes Memory Care in Loveland, CO. Bonnie was born in Syracuse, Indiana, and was the daughter of the late Bennie and Opal (Bassett)... View Obituary & Service Information

The family of Bonnie I. Hibben created this Life Tributes page to make it easy to share your memories.

Send flowers to the Hibben family.