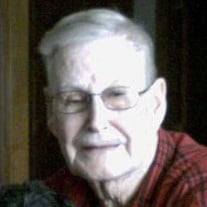 Avory E. Overbay, 81, passed away Wednesday, June 14, 2017 at home. Born in Middlesboro, KY he was the son of the late Ruffs and Mayola (Garner) Overbay. He was a member of St. James Lutheran Church, New Haven. He retired in 2001 from Wayne... View Obituary & Service Information

The family of Avory E. Overbay created this Life Tributes page to make it easy to share your memories.

Send flowers to the Overbay family.