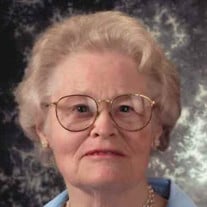 Rosemarie Moehlenkamp, 83, passed away on Wednesday, January 10, 2018 at home. Born in St. Louis, MO, she was the daughter of the late James and Violet (Perrin) Mohow. Between the years of 1954 and 1976 she was a homemaker who was a very active volunteer and served on various committees. On the Village of Hazelwood Sidewalk Committee, they were successful in getting sidewalks built for the children to walk to and from school. While still in Hazelwood, she worked with the group that developed the initial funding for Christian Hospital Northwest. After moving to Florissant, she became Chairman of Child Health and Safety for the St. Louis County PTA Council of Councils. During her time as chairman, she was a key player in establishing the Block Home Safety Program and worked on a drug abuse program. In 1968 she began the study of the New Madrid seismic zone. After moving to Champaign, IL in 1969, she became the Chairman of Child Health and Safety of Champaign Illinois, and did more work with drug abuse programs. In 1971 she moved to Fort Wayne, Indiana and began working with the American Red Cross. She took ARC disaster training and served 18 years locally as a volunteer, assisting during major fires and environmental emergencies in Allen County. From 1976 through 1984 she served as a multi-trained staff officer with the ARC National Disaster Services, working at several hurricanes, floods, and other disasters. Because of her interest in and knowledge of midwest earthquake history, she served with Emergency Management of Allen County as an earthquake specialist from 1984 to 1991. She spent her later years baby-sitting her wonderful little grandchildren. One of Rosemarie’s fondest memories is the Camera Club dance where she met her future husband, Donald E. Moehlenkamp. She often recalled that it must’ve been a good decision, because they celebrated 56 years together before he preceded her in death in 2008. She is survived by her children, Doanld Moehlenkamp of Fort Wayne, Edward Moehlenkamp of Olympia, WA, and Kurt W. (Deb) Moehlenkamp of Fort Wayne; siblings, Jim (Melonee) Mohow and June (Robert) Haefner; grandchildren, Christopher, Heather, Jennie, Nikki, and Wil; and seven great grandchildren. A celebration of life is 2 p.m. Saturday, January 20, 2018 at Harper’s Community Funeral Home, 740 St. Rd. 930 E., New Haven. Preferred memorials are to American Red Cross or Sheltie Rescue of Central Indiana. Final resting place in the Jefferson Barracks National Cemetery, St. Louis, MO.

Rosemarie Moehlenkamp, 83, passed away on Wednesday, January 10, 2018 at home. Born in St. Louis, MO, she was the daughter of the late James and Violet (Perrin) Mohow. Between the years of 1954 and 1976 she was a homemaker who was a very... View Obituary & Service Information

The family of Rosemarie Moehlenkamp created this Life Tributes page to make it easy to share your memories.

Send flowers to the Moehlenkamp family.