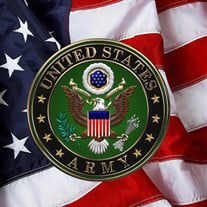 Richard “Dick” Alan Wolff, 92, passed away on Friday, June 28, 2019 at Adams Heritage, Monroeville. Born July 18, 1926 in Omaha, NE he was the son of the late Earl and Ondah (Weirman) Wolff. He lived most of his life in Monroeville. He served his country in the US Army during the Korean War and returned to work at Wolff’s Hardware, Appliance, and Furniture (later Wolff’s Furniture) for the remainder of his career. Dick was an active member of the Monroeville American Legion Post 420 for over 65 years. He was also a member of the Monroeville Volunteer Fire Department for 23 years. Dick was a lifetime member of the Fort Wayne Turners Athletic Association and served as a national officer. He was also a member of the United Methodist Church, Monroeville. He is survived by his children, Penny Wallace, Genie (Brace) Clark, Richard A Wolff, II, Reina (Don) Offerle, and Joe (Brenda) Wolff; brother Gordon (Charlene) Wolff; 11 grandchildren, 20 great grandchildren, and 1 great-great granddaughter. He was also preceded in death by his wife of 53 years, Mary Catherine (Louden) Wolff in 2003; sister, Martha A. Burns. Funeral service is 10 a.m. Wednesday at the Harper’s Community Funeral Home, 740 State Road 930 East, New Haven. Visitations are Tuesday from 5 to 8 p.m. at the funeral home. Burial with honors at the Monroeville Memorial Cemetery, Monroeville. Preferred memorials are to the Monroeville Fire Department & EMS or the Heart to Heart Hospice. To share online condolences, go to www.harperfuneralhome.com.

The family of Richard "Dick" Wolff created this Life Tributes page to make it easy to share your memories.

Send flowers to the Wolff family.