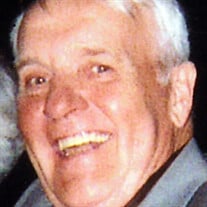 Paul Jerome Wilker, 78, passed away peacefully on Sunday, March 21, 2021 in Fort Wayne. Born in Auglaize County, OH he was the son of the late Julius and Gertrude (Kramer) Wilker and the youngest of 9 children. He graduated from International Business College and the University of St. Francis. In 1966 he was drafted into the Army and proudly served his country in Korea during the Vietnam War. He worked as a controller at North American Moving & Storage and an auditor for the Fort Wayne South Bend Diocese. In 1968 he married “the nicest girl he ever met,” Diana Hicks. After 52+ years of marriage, they believe their greatest accomplishment is their 4 children. He was a member of St. John the Baptist Catholic Church, New Haven. He is survived by his wife, Diana; sons Robert of Rome City; Brian (Stephanie) of Flowery Branch, GA; Tom (Allison) of Erlanger, KY; and daughter Tricia (Matt) Widenhoefer of Fort Wayne; 9 grandchildren: Peyton (Josh Ingram), Justin, Carsyn, and Matty Wilker; Elliott and Andrew Wilker; and Grant, Graham, and Grace Widenhoefer; and 3 brothers: Jerome (Millie) of New Bremen, OH, Charles (Mary) of St. Marys, OH, and Gerald (Joann) of Versailles, OH and 1 sister, Carolyn Mangen of Tipp City, OH. He was preceded in death by his parents and 4 brothers: Martin, Lester, Fred, and Bernard. Besides his family, he enjoyed playing cards with his “adopted” brother Joe; hanging out with his best friend “Putz” and his favorite son in law, Matt, “girlfriends Lucy & Diane,” and Sunday 7:30 AM Usher buddies. He loved mowing his lawn and watching Ohio State and Notre Dame football. He was proud of his time as Commissioner of Adams Township youth baseball league. He will be remembered by his grandchildren for being faster than a calculator at solving math problems. Mass of Christian Burial is 11 a.m. Wednesday, March 24, 2021 at St. John the Baptist Catholic Church, 943 Power St, New Haven with visitation 1 hour prior. Visitation is also from 3 to 7 p.m. Tuesday at Harper’s Community Funeral Home, 740 St. Rd. 930 E., New Haven with a prayer vigil at 3 p.m. Burial in Gardens of Memory Cemetery, Marion, IN. Preferred memorials are to St. John the Baptist Catholic Church or Parkview Home Health & Hospice.

Paul Jerome Wilker, 78, passed away peacefully on Sunday, March 21, 2021 in Fort Wayne. Born in Auglaize County, OH he was the son of the late Julius and Gertrude (Kramer) Wilker and the youngest of 9 children. He graduated from International... View Obituary & Service Information

The family of Paul Jerome Wilker created this Life Tributes page to make it easy to share your memories.

Send flowers to the Wilker family.