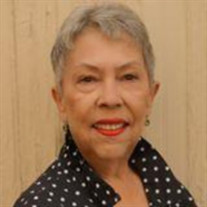 Myra Mae McFarland, 75, passed away unexpectedly on Tuesday, August 4, 2020 at home. Myra was born on August 2, 1945, in Bluffton, daughter of J. Howard and Eloda (Gaskill) McFarland, who preceded her in death. She grew up in Pennville and Portland. She graduated from Portland High School and Indiana University, where she was a member of the Indiana Daily Student staff, her first journalism job. She moved to Fort Wayne after her graduation in 1967 where she lived for the rest of her life. Her professional life included working for the City of Fort Wayne, but probably her deepest ties were formed with journalism when she worked for the Journal Gazette, with stints as consumer affairs reporter and feature writer. She later worked in production at Fort Wayne Newspapers and in other jobs in the community. A love of writing, mysteries and small town life culminated in “Cold Customer,” a mystery novel, published in 2018. With dashes of 1930s local history and a knowledge of how key newspapers were to that life, she wove a tale of a young reporter who inadvertently becomes a detective. Myra was well-known and well-loved by her community theater family. From the 1970s to the present she could be found acting on the stage, or working on a running crew, running a light board or a sound board, or stage-managing productions at whatever theater needed her talents. In recent years, Myra was accompanied by adopted dogs and cats. Her dogs were not the cute puppies but older dogs who weren’t perfect and needed the loving, patient care she provided. Minnie and Midnight now are being care for by others. Many friends benefited from her skill as a seamstress and quilter. Her work will decorate homes for many years. The Allen County Public Library, especially the main branch, was one of her favorite spots in Fort Wayne. Wandering the stacks always brought her joy – and sent her home with many books. She cheered for IU basketball, the Indianapolis Colts and Tincaps, but her biggest sports love was baseball especially the Cincinnati Reds. No matter where she lived, Myra managed a small garden to grow and harvest her favorite summer vegetables. She was a faithful voter and Democrat, taking seriously her responsibilities as a citizen. She served The First Presbyterian Church as an elder, as well as active participant and worshiper. Private services. Memorials are being collected by First Presbyterian Church, 300 W. Wayne St., Fort Wayne IN 46802. These gifts will be used to defray funeral expenses and the celebration of life. Memorials may also be given through the church’s website.

Myra Mae McFarland, 75, passed away unexpectedly on Tuesday, August 4, 2020 at home. Myra was born on August 2, 1945, in Bluffton, daughter of J. Howard and Eloda (Gaskill) McFarland, who preceded her in death. She grew up in Pennville and Portland.... View Obituary & Service Information

The family of Myra Mae McFarland created this Life Tributes page to make it easy to share your memories.

Send flowers to the McFarland family.