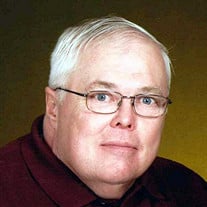 Gregory Jude Roth, 67 of New Haven, passed away Friday, February 19, 2016 at St. Joseph Hospital, Fort Wayne. Born in Fort Wayne he was the son of the late Charles and Germaine E. (Romary) Roth. He was a member of St. John the Baptist Catholic Church, New Haven. Greg graduated from Central Catholic High School in 1966 and St. Peter’s Catholic Grade School. He earned a degree of Bachelor of Science in Industrial Education with distinction from Purdue University and a Master of Science in Education from Indiana University. Greg served the community as a member of the New Haven City Council from 1988-2001. Greg was on the Allen County Sheriff’s Department for nearly 33 years and retired as a Captain of the Traffic Division in 2007. In retirement, Greg continued to work at the Rousseau Building doing part time security work. Over the years, Greg officiated football, basketball, and baseball. He officiated volleyball until his death. He was proud of his achievements and honored to be asked to work the state volleyball tournaments. He enjoyed playing bridge with his sister and brother, and his sister-in-law as much as possible. He coached softball at St. Johns and the New Haven softball league when his daughters were younger. When Greg’s mother-in-law and father-in-law passed away, he opened his heart and his home to his special needs sister-in law who has resided there for the past 4 years. He is survived by his wife of 44 years, Dolores Ann (Braun) Roth; children, Shelley (Steven) Redmon of Chandler, AZ, Kelly (Douglas Sr.) Henry, and Charles Roth, both of New Haven; Grandchildren with whom he shared his notoriously bad jokes (although he had thought they were funny), Lilian, Tyler, Noah, and Tanner Redmon, Karson, Brooklyn, Kendra, Douglas Jr., Wyatt, Mason, Judd and Tucker Henry, Trevor Harrington-Reed, Peyton and Connor Roth; siblings, Timothy (Marsha) Roth, Linda (David) Welch, and Deborah Hoeppner all of Fort Wayne; in-laws, David (Debra) Braun, Douglas (Cheryl) Braun, both of Fort Wayne, Denise (Mark) Tilley, Donita (Pat Russell) Kline and Dinah Braun all of New Haven. Rescued animals, dogs, Abbie and Minnie; cats, Lucy and Polly. He was also preceded in death by his father-in-law and mother-in-laws, Richard Braun, Dorothy (Murray) Braun, and Margaret (Rupel) Braun, brother-in-law, Geary Hoeppner, and niece Jennifer Braun. Mass of Christian Burial is 11 a.m. Wednesday at St. John the Baptist Catholic, 943 Powers St., New Haven with calling one hour prior. Father Bill Sullivan officiating. Calling is also 2 to 4 and 6 to 8 p.m. Tuesday at E. Harper & Son Funeral Home, 740 St. Rd. 930 E., New Haven with vigil service at 3:30 p.m. Burial in the church cemetery. Preferred memorials are to Masses and St. John School Athletic Department.

Gregory Jude Roth, 67 of New Haven, passed away Friday, February 19, 2016 at St. Joseph Hospital, Fort Wayne. Born in Fort Wayne he was the son of the late Charles and Germaine E. (Romary) Roth. He was a member of St. John the Baptist Catholic... View Obituary & Service Information

The family of Gregory Jude Roth created this Life Tributes page to make it easy to share your memories.

Send flowers to the Roth family.