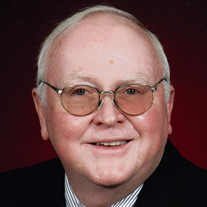 David Anton Stensland, 80, passed away on Monday, February 1, 2021 at Parkview Regional Medical Center, Fort Wayne.  Born in Englewood, New Jersey, he was the son of two Norwegian immigrants, the late Salve and Lillian (Olsen) Stensland.  He graduated from Teaneck High School in Teaneck, New Jersey in 1958.  As a Junior in high school, he attended his first of 50 Indy 500 races, driving 750 miles with a close friend to attend.  This sparked a passion of open wheel racing in him.  He attended Delhi State College from 1958 to 1960.  He served his country in the US Marines from 1961 to 1964, where he was aboard ship ready to stop Soviet Union missile proliferation during the Cuban Missile Crisis.  He obtained a Mechanical Engineering degree from Indiana Tech in 1968.  It was during this time he met the love of his life, Ruth M. Campbell.  They wed in June 1965.  After living in Point Pleasant, NJ for a short time where his two children, David S. Stensland, M.D. and Karen A. Stensland (Lyon) were born, he relocated the family to Monroeville, IN in 1974, where he lived until his passing.   He retired from Navistar in 2004 after 31 years as an mechanical engineer.  In his retirement he enjoyed sprint car racing, working on motors and formed a race team, S.S.T. Motorsports, with his son. He enjoyed restoring a street rod with his daughter.   He attended Woodburn Missionary Church.  He is survived by his wife of 55 years, Ruth; children, David Samuel (Deborah) Stensland MD of Fort Wayne and Karen (Jeff) Lyon of Terre Haute; grandchildren, David (Shaina) Armstrong, Haley, Samuel and Lilliana Stansland, Jacob and Samantha Lyon; and five great grandchildren.  Funeral service is 3 p.m. Saturday at Harper’s Community Funeral Home, 740 St. Rd. 930 E., New Haven with visitation two hours prior.  Service will be streamed live on the “Harper’s Community Funeral Home” Facebook page.  Burial in IOOF Cemetery, New Haven with military honors.  Preferred memorials are to Woodburn Missionary Church.  To share online condolences please visit www.harperfuneralhome.com

The family of David Anton Stensland created this Life Tributes page to make it easy to share your memories.

Send flowers to the Stensland family.